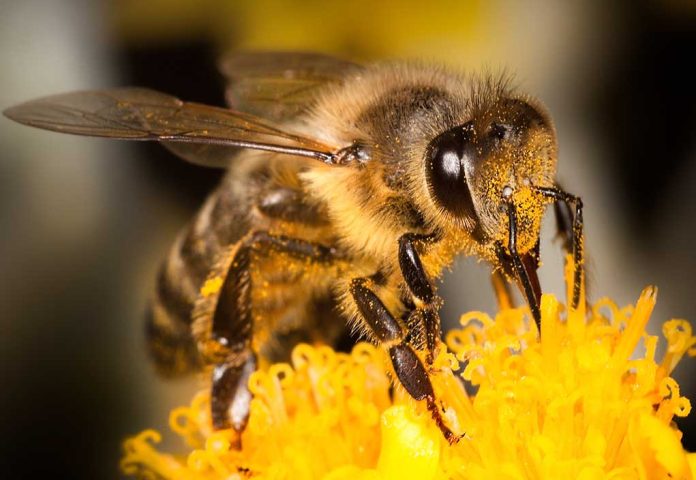 (RepublicanPress.org) – During the height of the coronavirus pandemic, the federal government put an eviction moratorium in place. It was a way to keep people in their homes while businesses were shutting down and Americans were losing their jobs during the lockdowns. When the protection ended, landlords were free to evict, but some renters haven’t made it easy.

On October 12, several outlets reported the Hampden County Sheriff’s Department was assisting a landlord trying to give an eviction notice to a woman at her home in Massachusetts. In response, the renter allegedly walked over to her beehives and released the stinging insects on the unsuspecting cops. Many were stung as a result, and the woman was arrested.

The Hampden County Sheriff’s Department, whose officers were there to evict the woman, said she ripped lids off the crates and made the bees very aggressive. https://t.co/Qnv6HPQCFG

As for the perpetrator, Rorie Susan Woods, she quickly put on a bee suit to keep herself from getting stung while officers and those in the area suffered potentially dangerous attacks. Police said some of the staff present that day had bee allergies. One even ended up in the hospital, but survived the ordeal. According to news outlets, Chief Deputy of the Civil Process Office Robert Hoffman said he’d never seen anything like this on the job, adding that he was “just thankful no one died.” However, Woods was reportedly made aware that some of the officers were allergic to bees, to which she responded, “Good.”

The suspect is facing charges of assault and battery with a dangerous weapon and disorderly conduct, but has pleaded not guilty.