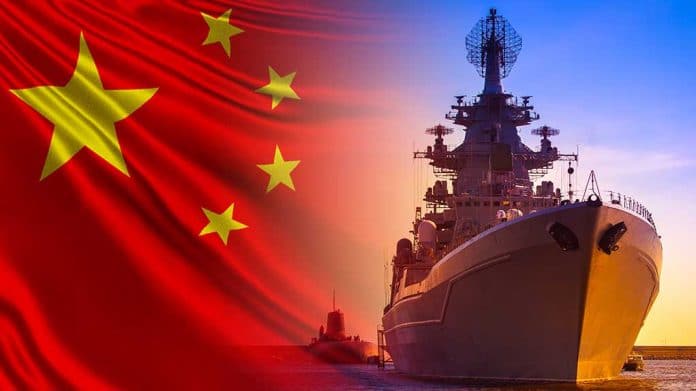 (RepublicanPress.org) – Over time, the People’s Republic of China (PRC) has made maritime claims on the South China Sea, and the United States finally said enough is enough. In January, the US Department of State released a report addressing China’s assertions, comparing the country’s claims to actual international law, and they found discrepancies.

The investigation showed the PRC made unlawful declarations over sovereignty and jurisdiction regarding the sea in question. It focused on four specific China assertions: sovereignty claims about maritime features, baselines, zones, and historical rights.

Through the study, the US and other states rejected China’s position and unlawful control over parts of the South China Sea.

Details About the Study

China alleges ownership of over 100 features below the sea’s surface, but the study showed international law prohibits such claims. According to law, the structures are not subject to any claims or zoning regulations. In addition to the features, the PRC believes it has the right to draw “straight baselines” encompassing islands, water, and features within the South China Sea. However, the country seems to be making assumptions that don’t have international legal support. As for the remaining claims, arbitrary maritime zones are not legally permitted because there are rules everyone must follow, and the study alleges China has no historical right claims that are legally valid.

Upon the conclusion of the study, the United States demanded China comply with international law regarding the South China Sea and relieve tensions in the region.

This report is not the first time the international community stood up to territorial claims. In 2016, world powers rejected the Chinese Communist Party’s (CCP) claim to approximately 85% of the South China Sea, citing no historical basis. However, China dismissed the ruling, and began building outposts on islands and reefs out on the sea when it had no legal right to do so. The country also released coast guard ships into the region to block access and intimidate anyone who dared to approach the illegally claimed territory.

In July 2020, former Secretary of State Mike Pompeo stated Beijing was using bully tactics as a means of control, rejecting its territorial claims.

How the Biden administration and the international community will stop China from continuing to break the 1982 Law of the Sea Convention remains to be seen. If the CCP follows historical moves regarding this issue, it could take more than a report to force the country into compliance.