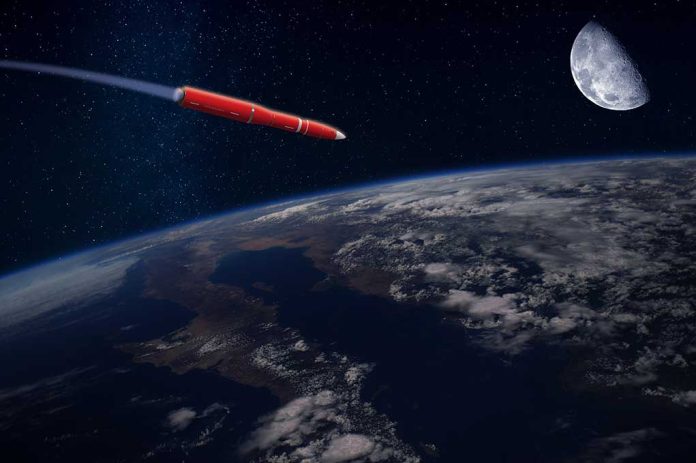 US Air Force Launches New Weapon That Should TERRIFY Our Enemies

The U.S. Air Force says it successfully test-fired a hypersonic missile from a B-52 bomber off the coast of Southern California on Saturday

Lt. Col. Michael Jungquist, the 419th’s commander, confirmed that the team “flawlessly” executed the ARRW system’s test. “Our highly-skilled team made history,” he stated, adding Air Force was working on getting the “game-changing” weapon system into operation as quickly as possible.

The Defense Post reported that Air Force officials have worked with Lockheed Martin Corporation to develop the new ARRW system for three years. According to officials, the AGM-183A can fly at speeds of up to 15,345 mph, allowing it to evade missile defense systems and strike heavily-fortified and defended “high value, time-sensitive” targets from a long distance.

What do you think of this potentially game-changing technology?