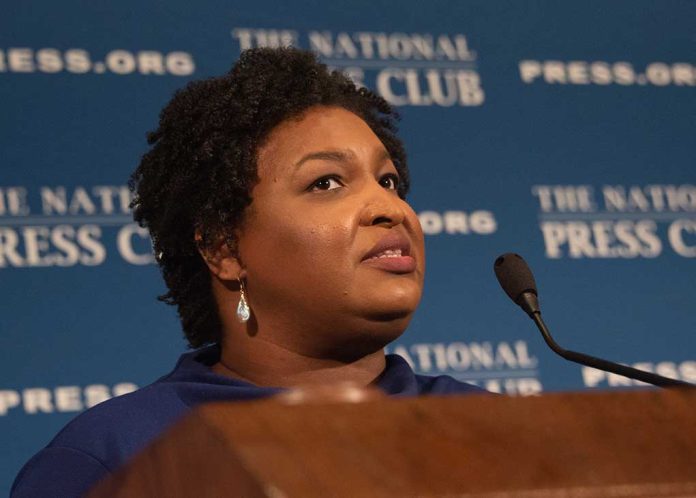 Dangerous Democrat WINS – Could She Be A Real Threat?

(RepublicanPress.org) – Many Democrats give Georgia gubernatorial candidate Stacey Abrams credit for turning her state blue during the 2020 general election cycle. Now, she has her own political run, as she recently won the Democratic nomination for governor in the Peach State — unopposed. However, unless she’s bringing something new to the table, a win in November might be an uphill battle, considering she already lost once to Governor Brian Kemp (R-GA) in 2018. The current state leader is on the ballot as her opposition in 2022.

I am proud to be the Democratic nominee for governor of Georgia.

My name may be on the ballot, but this campaign isn’t about me — it’s about you. Together we can create a state where everyone can thrive. pic.twitter.com/R5KRbF5jHf

Abrams’ plan includes some pretty liberal positions that may not be popular with the Conservatives of Georgia. She is campaigning in favor of abortion rights, LGBTQ+ rights, permits for concealed carry of a handgun, and is pushing for statewide Medicaid coverage for all adults.

Although the Democratic candidate showed she can garner support and use her activism to raise money in the past, she’s going up against an incumbent, which makes her race more difficult.

Unfortunately for Abrams, she’s already starting off on the wrong foot by saying Georgia is the “worst state” to live in, which upset many voters before the primary. Upsetting Georgians right out the gate and running on an aggressively left political platform in a historically right-leaning state may make Abrams’ fight even harder.

However, if elected, she would be the first black woman to hold the position in Georgia.