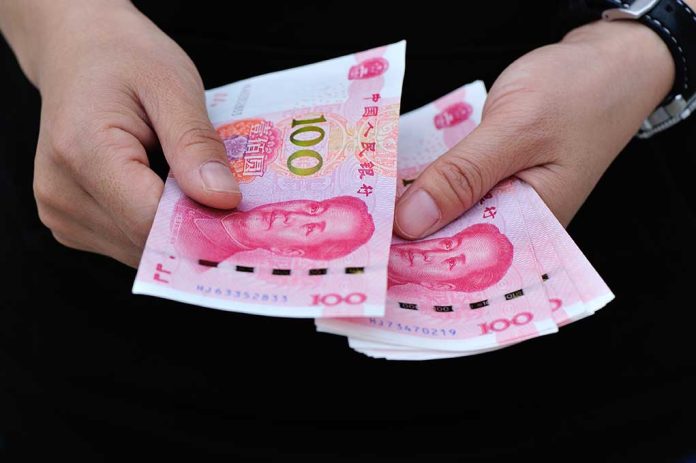 (RepublicanPress.org) – Saudi Arabia and China are reportedly discussing changing some of the oil sales in the region to yuan instead of dollars. While this isn’t a new idea, the two nations have increased the talks in 2022.

Unfortunately, the relationship between Saudi Arabia and the US has been shaky recently. For instance, Saudi officials were reportedly taken off-guard by the Afghanistan withdrawal. They have also been frustrated by the US’ lack of support for the efforts concerning the Yemen civil war the Biden administration’s continued efforts to revive the Iran nuclear deal. The US has also been buying less oil from Saudi Arabia in recent years, while China’s economic ties to the nation have grown. If officials switch to the yuan, it will shift the global petroleum market further to Asia.

"Saudi Arabia is in talks with Beijing to price some of its oil sales to China in yuan, a move that would dent the U.S. dollar’s dominance of the global petroleum market. If priced in yuan, those sales (25%) would boost the standing of China’s currency."🔥https://t.co/Mp3gbd18ba

China makes up 25% of the exports from the nation. Changing to the yuan would strengthen the currency on the global market. In addition, it would be a major move for the Saudis to price some of their supply in another currency when most of the oil trade is in dollars.

The Nixon administration struck an agreement with Saudi Arabia years ago that solidified the oil’s trade in dollars. That plan assured security for the nation in exchange for the currency deal.

For China, persuading Saudi Arabia to trade in yuan would be a step closer to gaining more of a foothold over the US. Having to deal in dollars is a “hazard” for them, according to the Wall Street Journal, made evident by the recent sanctions on Russia.

The move is not in stone, as many officials in Saudi Arabia warn against messing with the country’s economy. Because the nation’s currency ties close to the dollar, any significant change could cause damage.