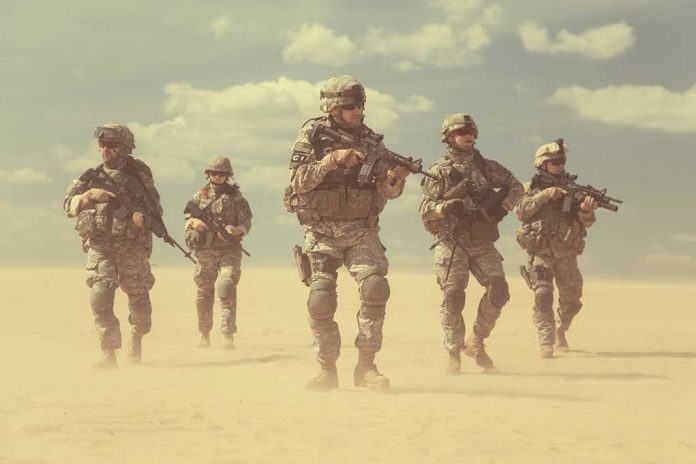 (RepublicanPress.org) – In 1991, military members from the United States and other countries rid Kuwait of Iraqi occupation through Operation Desert Storm, leading many to develop health complications labeled the Gulf War Syndrome. Although there has been speculation over the years as to the cause of this mysterious chronic illness, scientists from the University of Texas recently attributed the syndrome to a chemical weapon — sarin gas.

A group of U.S. scientists determined in a study of American Gulf War veterans that the nerve agent sarin caused the symptoms of Gulf War Syndrome, BBC News reports.

Dr. Robert Haley, a lead contributor to the report, stated some of the troops were more vulnerable to the effects of the weapon than others due to a genetic predisposition. According to the Centers for Disease Control and Prevention (CDC), sarin gas is clear and tasteless, so the soldiers wouldn’t have known about their exposure. Researchers believe the military members were likely exposed to the chemical agent in its diluted form, so it was enough to cause damage but not death.

Sadly, there is no targeted treatment to cure those suffering from the syndrome, but the new information might change the way doctors approach the victims and their symptoms. Those who conducted the study hope the governments responsible for the soldiers who served during the Gulf War will use the study to develop better treatments to properly help their veterans.