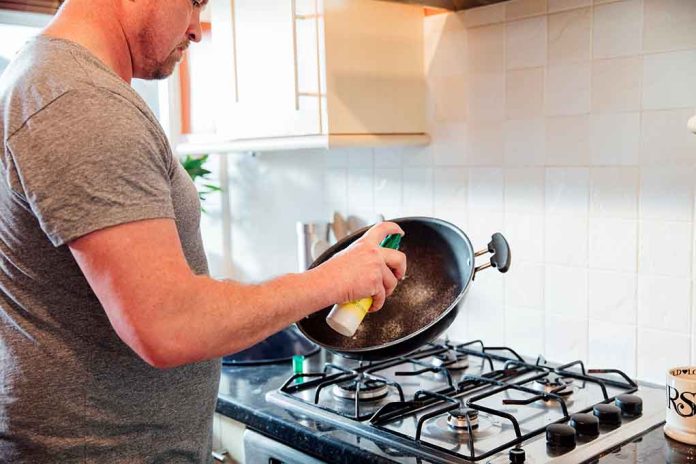 (RepublicanPress.org) – Perfluoroalkyl and polyfluoroalkyl substances (PFAS) are a big group of chemicals that made their way into commercial use for various products in the 1940s and beyond. Manufacturers use them in many items, including but not limited to stain-resistant fabrics, cosmetics, paints, candy wrappers, and non-stick cookware. A new study released on August 8 linked PFAS, often referred to as “forever chemical,” to liver cancer in humans.

According to the CDC, people are exposed to these man-made substances in a variety of places, from their drinking water to the fish who swim in the lakes and rivers, to food packaging and consuming “contaminated soil or dust.”

The connection to cancer resulted from a student’s research at Keck School of Medicine in California. Jesse Goodrich, a postdoctoral public health researcher, said the findings built on already-existing analyses about the chemical compounds and their effect on animals.

Those involved in confirming the link studied 100 people and tested their exposure to different types of PFAS. Those with the highest exposure to perfluorooctane sulfonate (PFOS), which is within the chemical family, were 4.5 times more likely to develop liver cancer. Scientists now believe the increased rates of hepatic diseases could correlate with the prevalent use of forever chemicals over the past 80 years.