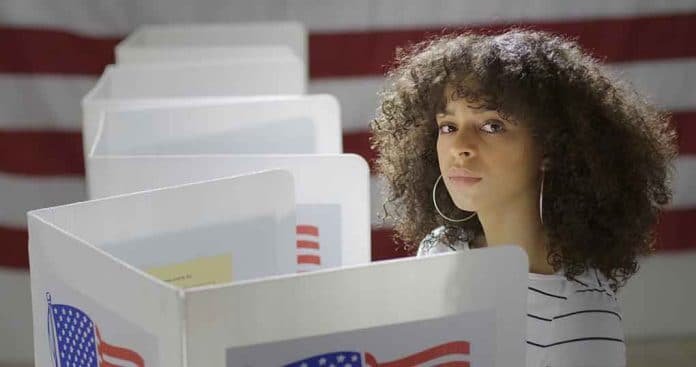 (RepublicanPress.org) – During both the 2016 and 2020 general elections, and perhaps before, voters on both sides voiced their distrust in the results. Between theories of foreign interference, voter fraud, and the system’s integrity, Democrats and Republicans have cried foul in recent elections, casting doubt on the republic itself.

The most recent battle for the White House between former President Donald Trump and President Joe Biden caused many who believed Democrats stole the election to protest at the Capitol in Washington DC on January 6, 2021. That fervor seems to still be as fresh as it was that day. However, according to recent polls, it’s not just the Right who are losing faith in elections. It appears to be a bipartisan issue, and that’s a problem for all of America.

A CBS News poll conducted by YouGov at the end of December 2021 showed that a whopping 66% of Americans believe the US democracy is under threat. In addition, a startling 62% of those polled believe there will be future violence from the losing side in upcoming elections. Last January, Sharon Story, and her husband traveled to the Capitol to protest the election and expressed concerns over how close the United States is to civil war. She believed the election was not legitimate and didn’t know how or if she would ever regain faith in the electoral process. Another voter, Alesha Sedasey, says she will still participate in voting but anticipates the fall of democracy in the US.

Sadly, in order for democracy to prevail, citizens of the country must believe their individual votes count. Currently, it seems many Americans doubt that is true.

Although legislators introduced about 1,000 bills relating to voting rights across the nation during 2021, 96 of those passed into law. About 34 bills across 19 states became law with a particular focus on maintaining or improving election integrity. Those rules involved enhancing identification requirements, shortening the time allowed to obtain absentee ballots, purging voter rolls, and changing control rules during elections.

In addition, about half the states expanded mail-in voting and made it easier to register to vote, while others added more early in-person voting opportunities.

All laws now in effect across the United States are the peoples’ way of ensuring that democracy in America lives on. Is it enough to restore the public’s faith in conducting free and fair elections? Only time will tell.