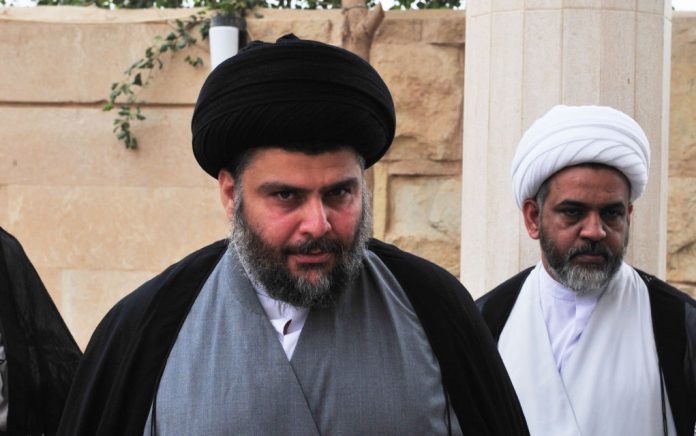 (RepublicanPress.org) – Iraqi Shiite Cleric Muqtada al-Sadr rose to prominence shortly after the United State’s 2003 Iraq invasion. He strongly opposed the continuing US occupation of Iraq, and called for the closure of the US embassy and expulsion of American troops shortly after the January 2020 assassination of Iranian Gen. Qasem Soleimani. Al-Sadr’s political party gained a majority of parliamentary seats after Iraq’s October elections, but he recently announced his resignation from politics, sparking deadly protests.

Initial reports indicated the conflict resulted in the death of at least two protesters. However, by Tuesday morning, The Washington Post and other media outlets reported dozens had perished so far in Baghdad in the aftermath of a “day of fierce fighting.”

Powerful Iraqi cleric Muqtada al-Sadr has called on his loyalists in Baghdad's government zone to withdraw after nearly 24 hours of fierce clashes with security forces and paramilitary groups. https://t.co/LTL8IEPema

Then, on Tuesday morning, al-Sadr called on his supporters to stand down in a televised address, giving them an hour to withdraw from the capital city’s government quarter.

The situation remains uncertain, although protesting had died down as by August 31. According to a report from Al Jazeera, supporters of al-Sadr are still calling for “radical change” in the country.