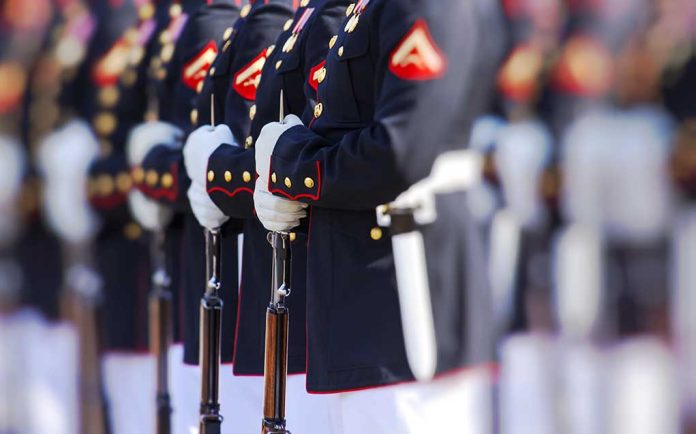 (RepublicanPress.org) – On June 8, an MV-22B Osprey aircraft with five US Marines on board went down in a Southern California desert. Unfortunately, the Marine Corps confirmed they all died in the crash. When the tragedy occurred, the service members were part of Marine Aircraft Group (MAG) 39, on a training mission east of San Diego. Commanding Major General Bradford J. Gering expressed his sorrow late last week in a statement released to the public.

“We mourn the loss of our Marines in this tragic mishap. Our hearts go out to their families and friends as they cope with this tragedy.” – Maj. Gen. Bradford J. Gering, @3rdmaw Commanding General https://t.co/RMuLkK5ez4

The use of the Osprey, which operates like a plane and helicopter, had already led to 46 deaths before last week’s crash.

The commanding officer of the VMM-364, Lieutenant Colonel John C. Miller, said that the unit, families, and the Marine Corps as a whole are mourning the Purple Fox family loss. He said the loss had a huge impact on the squad.

Authorities are investigating to find out more about the crash.