(RepublicanPress.org) – Croatia’s rise to status as an independent nation goes back to World War II and the Nazi creation of the Independent State of Croatia. The country became a founding member of the Socialist Federal Republic of Yugoslavia at the war’s end, and it lived under the tyranny of communist rule for the better part of half a century. Then, on June 25, 1991, Croatia declared independence from Yugoslavia, resulting in a bloody war that spanned the next four years.

More than 120,000 people lost their lives during Croatia’s war for independence, sadly many of them due to war crimes. Catholic Croatians and Muslim Bosniaks constituted the vast majority of the casualties, and thousands of Croatians and non-Serbians ended up interned in concentration camps.

Several mass graves have been discovered in Croatia since the end of the war, most recently in November 2021.

In late November, workers discovered the bodies of several individuals at an illegal landfill off the road linking the wartime flashpoint towns of Vukovar and Vinkovci, Croatia. The Croatian Veteran’s Ministry told the Balkan Investigative Reporting Network (BIRN) the bodies appeared to be those of at least 10 individuals, adding they would know more once Zagreb’s Department of Forensic Medicine examined the remains.

A new Reuters report from December 9 raised the body count to at least 11, but excavation at the site is ongoing, with roughly two-thirds of the landfill’s approximately 15,000 square meters still unsearched.

Investigators and scientists working for the Veteran’s Ministry continued using DNA and other testing methods to identify the bodies. Ivona Paltrinieri, the head of the ministry’s missing people department, says they expect to complete the identification process soon, but gave no time estimate for the release of its findings.

DNA expert Milovan Kubat said the identification process is aided by using a DNA database gathered from about 10,000 people who continue seeking the whereabouts of their family members’ remains. Government reports indicated that Croatian officials continue working to find out what happened to more than 1,800 missing people.

Latest Grisly Discovery One of Many

According to data reported by Reuters, the landfill site is the latest of 151 mass graves found in Croatia since the end of its war for independence in 1995. Roughly 4,300 bodies have been identified so far out of around 5,200 officials have exhumed over the years.

Paltrinieri told reporters that the missing persons department continues searching for other mass grave sites. However, officials face a couple of obstacles. First, Serbian officials don’t provide detailed information regarding the location of potential sites. Second, civilian tips often turn out to be misleading. As a result, of the more than 260 sites investigated over the last few years, only about 20% resulted in discovering new locations. 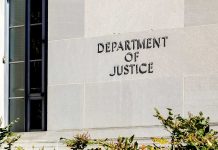