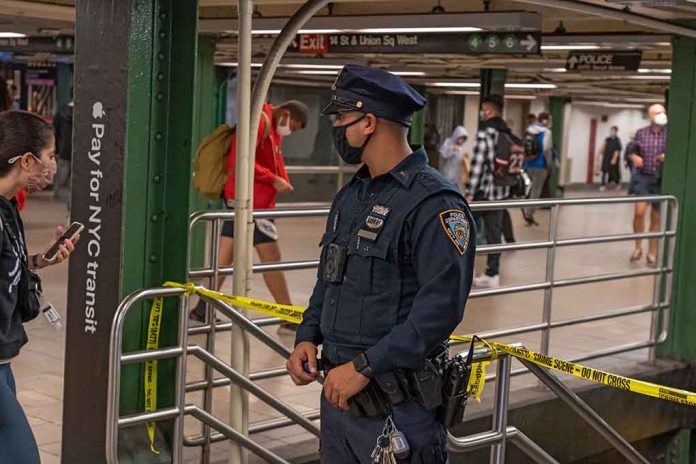 (RepublicanPress.org) – On Tuesday, April 12, a man entered a Brooklyn subway station and detonated a smoke grenade before firing approximately 33 rounds, injuring at least 23 individuals, 10 from gunshots. The incident sparked a manhunt, which ended on Wednesday with the arrest of suspected black nationalist Frank James, 62. Three GOP lawmakers recently spoke to Fox News about their reaction to that horrific attack.

Zeldin focused on the victims, encouraging them as they fought for their lives or eventual recovery. “No one should ever have to experience this” tragedy, he stated. He also released a statement on Twitter in the aftermath of the attack.

Riding the subway and walking our streets should never be a life-threatening experience. Our hearts are with all the victims and first responders in Brooklyn as we all monitor this ongoing situation and await more facts. https://t.co/zsayH3WKlv

Rep. Tenney told Fox News she was sending “healing prayers” to everyone injured or impacted by the tragic shooting. “This is a terrible tragedy,” she said. She also expressed her gratitude to the police and other first responders for assisting individuals injured during the incident.

James made his first court appearance on Thursday. He faces multiple charges related to the incident and remains in custody pending further court hearings.