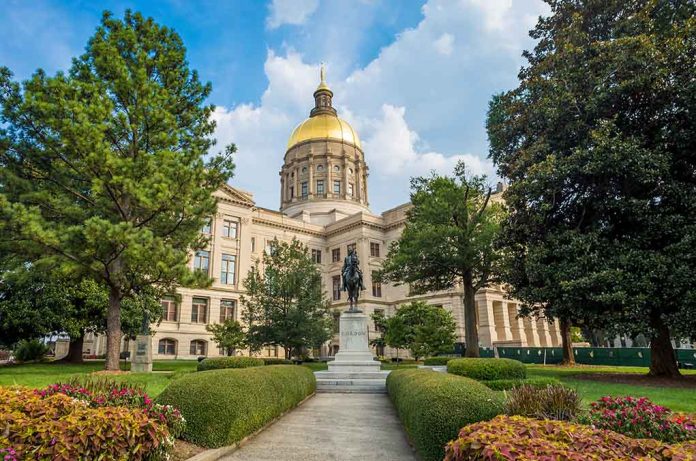 (RepublicanPress.org) – On November 4, Georgia’s Republican House Speaker David Ralston announced that he wouldn’t seek his party’s nomination to lead the chamber in the upcoming 2023-2024 legislative session. He expressed his “heartfelt” gratitude to his colleagues, stating that he needed to “take time to address” an unnamed “health challenge.” His struggles ended less than two weeks later, and he passed away.

Kaleb McMichen, Ralston’s communications director, posted a statement on Twitter on November 16 announcing the speaker died “following an extended illness.” He also noted that Ralston’s wife and other family members were with him when he passed away.

His loving wife, Sheree, and members of their family were with him when he passed. #gapol

Political figures from both sides of the aisle quickly expressed their condolences. Republican State Senator and Lieutenant Governor-elect Burt Jones took to Twitter to praise Ralston’s public service, calling him a compassionate leader “who always put the people of Georgia first.”

My statement on the passing of Speaker David Ralston: pic.twitter.com/BT5GomIu4S

David Ralston was an unbelievable leader. There was simply no one finer our state has ever seen. He was our Speaker — he helped guide Georgia through some tough times. He’s made our state a better, kinder place. And he’s made so many of us better human beings. (1/5) pic.twitter.com/aQ4VZIWNzP

Ralston served in the Georgia State Senate from 1992 to 1998. Georgians first elected him to the state’s House of Representatives in 2002. He presided over the chamber since 2010, making him the state’s longest-serving speaker.