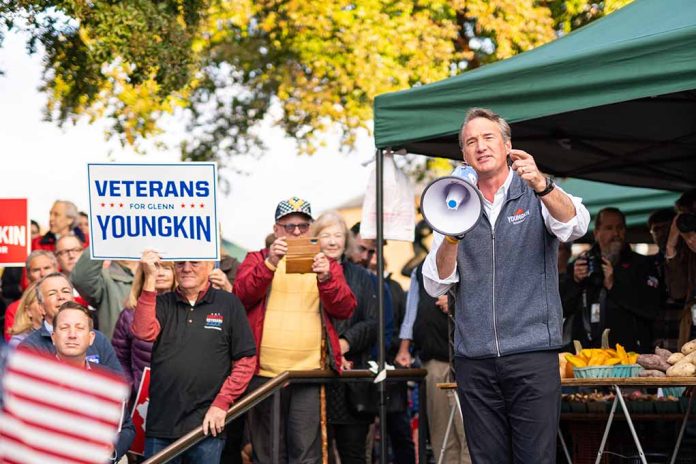 Eyes on Glenn Youngkin Ahead of Midterms

(RepublicanPress.org) – Political newcomer Gov. Glenn Youngkin (R-VA) quickly rose to prominence with the GOP after soundly defeating former Democratic Gov. Terry McAuliffe in the November 2021 election. He was the first Republican to win a statewide race in Virginia since 2009. As a result, eyes are on the former businessman as he hits the campaign trail in key battleground states to stump for gubernatorial candidates.

With plans to campaign alongside ⁦@KariLake⁩ and ⁦@BrianKempGA⁩ in the coming weeks, @GlennYoungkin is once again trying to bridge his party's disparate factions – and may end up being one of the few GOP officials to try doing so this year. https://t.co/Vc9qw53JhW

The popular Virginia governor already campaigned for GOP gubernatorial candidates Paul LePage and Tudor Dixon of Maine and Michigan. Similarly, he helped Joe Lombardo raise funds for his campaign in Nevada. CBS News also reports that aides say he will visit Oregon, New Mexico, and Kansas before the November midterms.

The Washington Examiner reported that GOP insiders are impressed with Youngkin’s ability to bridge the gap between supporters of former President Donald Trump and swing voters who supported Democratic candidates in 2020. They also say he inspires traditional, old-school Conservatives.

What do you think of Youngkin? Do you believe his attempts to campaign for other candidates will be successful?