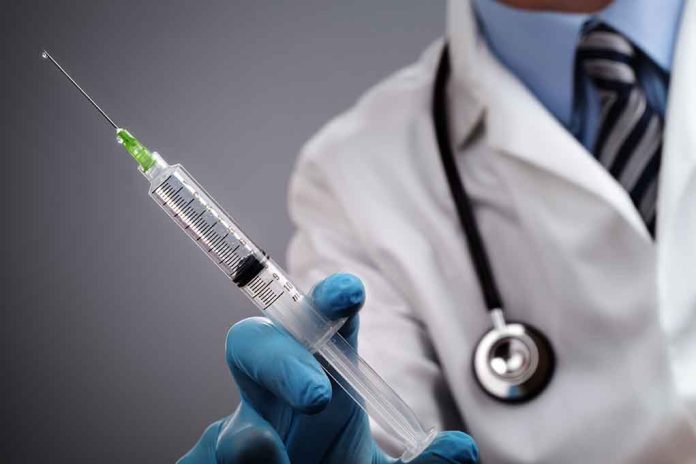 (RepublicanPress.org) – After the tragic and unexpected death of a doctor and an unexplained cardiac event of another patient, medical personnel at Baylor Scott & White Surgicare in Dallas, Texas, started noticing a dangerous pattern. The professionals linked both incidents to tainted IV bags. Further investigation uncovered 10 other suspicious heart incidents between at the center.

On September 15, police arrested Raynaldo Rivera Ortiz Jr., an anesthesiologist at Baylor, for allegedly poisoning the bags with “nerve blocking and bronchodilation drugs,” the Department of Justice reported in a press release. According to the DOJ, Ortiz had previous problems at the medical facility for which he received discipline, and it’s suggested he may have been a disgruntled worker.

Prosecutors labeled the doctor a “medical terrorist” for his alleged actions, according to the New York Post. Video evidence allegedly shows Ortiz approaching a warmer containing IV bags sitting outside an operating room in mid-August. When the surgeon unknowingly used the “poison bomb,” the patient had a heart attack.

Prior to his arrest, the Texas Medical Board suspended the anesthesiologist’s medical license pending an investigation into the suspicious incidents at the surgical center. So far, the charges against Ortiz include tampering with the IVs and the drugs themselves. The court denied him bail, so he’s expected to stay in jail until his next court appearance.