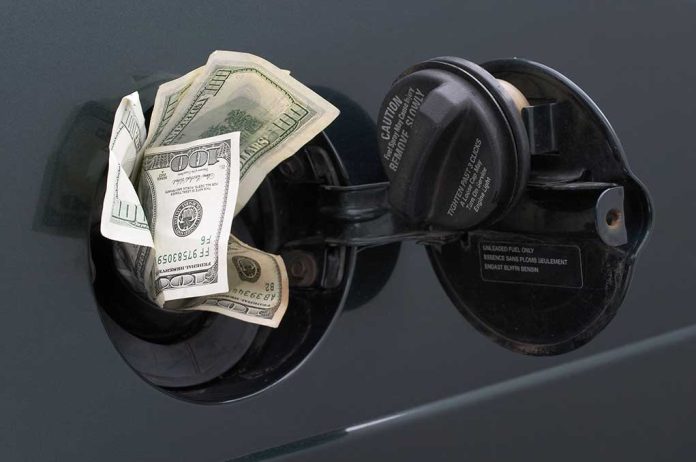 Biden Asks Congress for a National PAUSE – A Big Announcement!

(RepublicanPress.org) – Gas prices remain high, with the national average hitting $4.926 for regular and $5.805 for diesel as of June 24. When the going gets tough, the country turns to its president for leadership. While high prices continue to cause trouble for Americans, the POTUS recently called for a new move to combat the cost of gasoline at the pump.

On June 22, President Biden held a brief press conference to announce his decision to call on Congress to suspend the federal tax on gas for 90 days. He explained the move would drive prices down and give American families “a little bit of relief.”

There is just one problem: reports suggest that the measure won’t do enough to adequately fix the problem. The White House pointed out that the feds only levy an estimated 18 cents per gallon of gasoline and around 24 cents for diesel, which amounts to little savings for Americans at the pump.

For his plan to work, it relies on Congress to offset the loss of tax revenue. Biden’s plan also calls for support from energy companies and the individual states to succeed.

Biden outlined a two-step approach to following up on his proposed suspension of the federal tax on gas sales. First, he called on companies to pass the total savings onto customers instead of pocketing any of the profit. However, companies are in the business of turning a profit. Will they embrace giving the entire windfall to consumers?

Second, Biden called on state governments to mirror his action and suspend their gas taxes or take other steps to provide relief to consumers. Biden cited the temporary suspension of taxes put in place by the governors of Colorado, Connecticut, Illinois, and New York as success stories. He also referenced Minnesota’s Democratic Gov. Tim Walz for giving families a rebate to pay for gas or other essential items.

Congress Presents Its Own Set of Problems

Biden faces substantial pushback from federal legislators. Lawmakers on both sides of the aisle have expressed doubts regarding his plan. The president also appears to lack the support of key Democratic leaders in both congressional chambers.

For instance, The Wall Street Journal reported that Senate Majority Leader Chuck Schumer (D-NY) appeared “noncommittal” when asked whether he would bring the measure to the Senate floor. House Speaker Nancy Pelosi (D-CA) was similarly vague, saying she would wait and see where public opinion lies “on a path forward” on Biden’s proposal.

What do you think? Does Biden have a realistic chance of making his plan work?