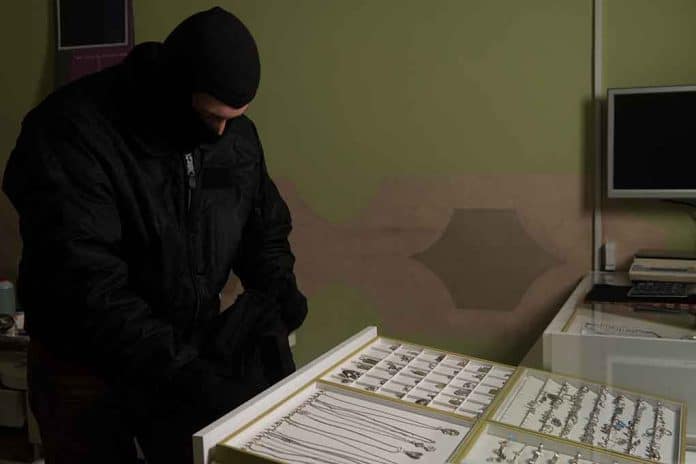 (RepublicanPress.org) – Second Amendment advocates have spoken out for years about the advantages of private gun ownership when it comes to fighting crime. For instance, NRA head Wayne LaPierre famously stated that it takes a good guy with a gun to stop a bad guy with a firearm. LaPierre directed his quote specifically at criminals with guns, but as a California shop owner recently discovered, the rule can hold true in a variety of dangerous situations.

On January 26, California Fox-affiliated television station KTVU reported that a San Bruno jewelry store owner fended off a group of wannabe thieves using his concealed handgun. Law enforcement officials said that five men in their late teens or early twenties approached the front of the store. One of them entered and smashed a display case using a crowbar.

“Usman Bhatti, who has a concealed carry permit, drew his gun after one of the men cracked a display case and then threatened him with a crowbar.” pic.twitter.com/qUvgogtIqu

Bhatti aimed his weapon directly at the suspect. The unidentified criminal then fled the scene, only to be replaced by another gang member who pointed a gun at Bhatti. But, the store owner stood his ground and aimed his weapon at the criminal, who quickly ran away with the remaining gang members.

Fortunately, no one ended up injured during the incident, and the shopkeeper was able to protect his store.